“Theosophy, on earth, is like the white ray of the spectrum, and every religion only one of the seven prismatic colours. Ignoring all the others, and cursing them as false, every special coloured ray claims not only priority, but to be that white ray itself, and anathematizes even its own tints from light to dark, as heresies. Yet, as the sun of truth rises higher and higher on the horizon of man’s perception, and each coloured ray gradually fades out until it is finally re-absorbed in its turn, humanity will at last be cursed no longer with artificial polarizations, but will find itself bathing in the pure colourless sunlight of eternal truth. And this will be Theosophia.” H.P. Blavatsky. 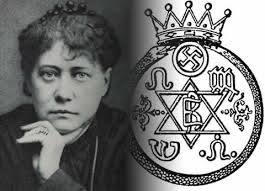